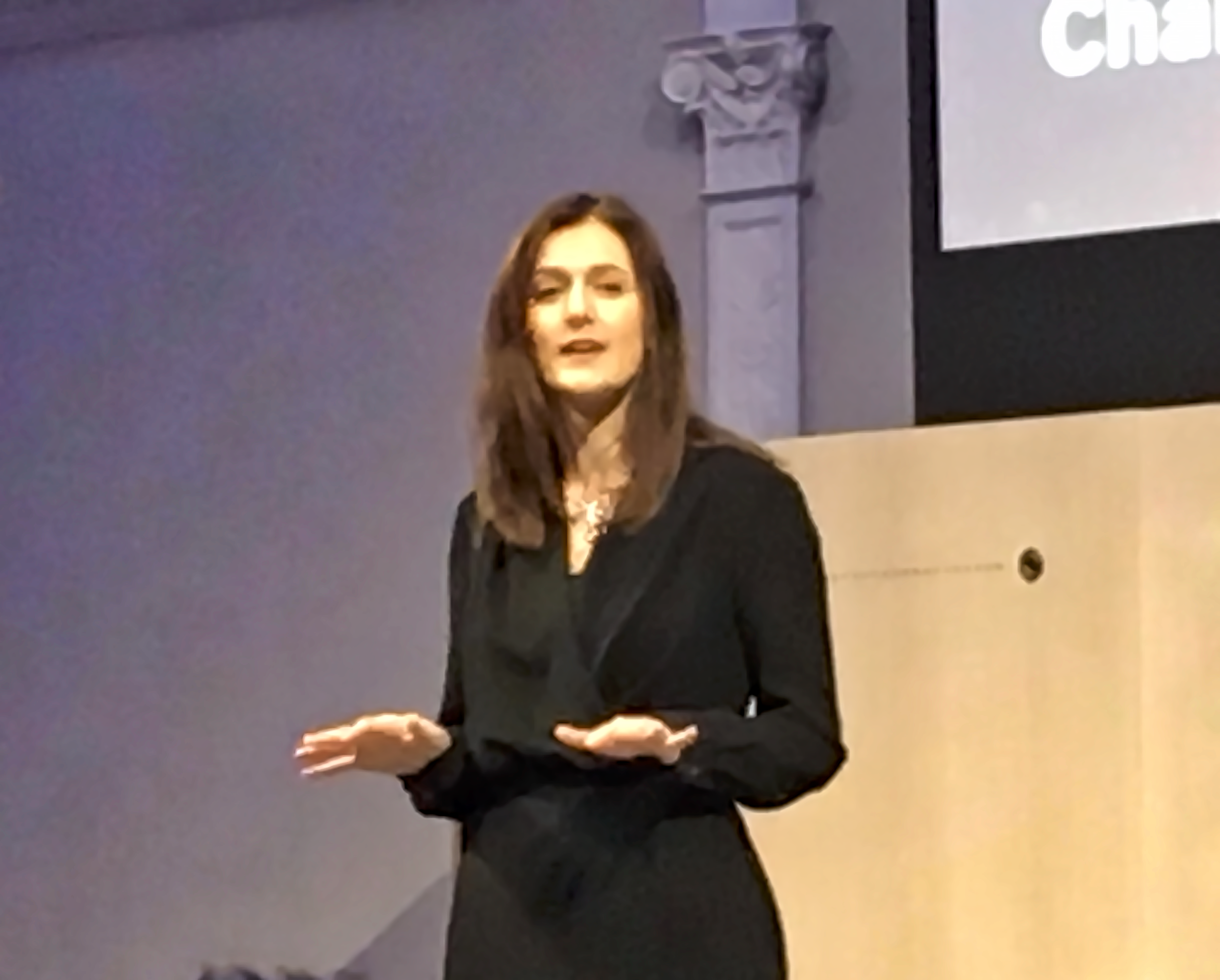 How do you have a good day? Caroline Webb thinks she knows and has written a book to explain her theories. Webb, previously a consultant with McKinsey and now running her own consultancy, laid out some of the foundation ideas in a talk at the RSA on Thursday.

She calls her philosophy “realistic optimism” and says it is based on general insights from behavioural science and aims to look for “wiggle room” within the constraints we all face.

She illustrated what she meant by bending reality with a story. When she was working for McKinsey she was asked to join a project involving a large-scale corporate change program. This was exactly the kind of project she was least keen on doing. In addition, the kick off meeting turned out to be by video conference, a medium which she always found difficult, frustrating and prone to misunderstandings.

A colleague turned up for the meeting who she called, pseudonymously, Lucas: a young, tall, well-dressed and very enthusiastic German. As she sat in a foul mood, with the meeting confirming all her worst fears, Lucas was powering through deck with undimmed enthusiasm.

After the meeting was over she sat down with Lucas to discuss what a disaster the meeting had been, only to find he was incredulous. He was convinced that the meeting went very well. When he recounted the evidence she was amazed to find so much that was positive.

This led her to the first insight – the brain sees what it expects to see. The conscious brain can only process a fraction of the stimulus it receives, she says, so the sub-conscious brain provided and edited version. The sub-conscious uses cues such as what is currently top of mind to set that filter. This is what is behind the phenomenon of confirmation bias, she says.

So, she reasoned, if you are deliberate about what is top of mind, what your mood is, then you can determine what gets filtered in. This, she now says, she always does, with dramatic results.

Of course you can’t really stretch time, she says, unless you park yourself at the edge of a Black Hole (and that has all sorts of complications attached to it!). However, she argues, the conscious brain can only do one thing at a time with any degree of facility. She illustrated by getting the audience to count to seven really fast – no problem. Then she asked us to recite the letters ‘a’ to ‘g’ as quickly as possible. Again, no problem. Then she asked us to combine the two – ‘a1’, ‘b2’ etc. Disaster.  “Multitasking loses mental energy,” she said. It is slower and more error prone. So, she reasons, do one thing at a time and you can make the day go further.

The final example was increasing intelligence. Again, a bit of a cheat – “you can’t really increase your basic intelligence” she admits. However, intelligence degrades markedly with stress. This is because, she says, when faced with danger the body is evolutionarily adapted to adopt a “flight or fight” response which results in the automatic part of the brain taking over and putting much less energy into the conscious brain.

It isn’t just the sudden appearance of a sabre-toothed tiger which triggers this response – “it takes almost nothing to trigger this response,” she says.

Again, she illustrated this point with another story from her days at McKinsey. She enrolled on a coaching course and found that she absolutely loved it. She wanted to build a career around coaching but was convinced that there would be no role within McKinsey (a place she loved) where she could do this. As a consequence she because badly conflicted – follow her dream and leave, don’t and stay. She could see no way out.

However, as part of the course the participants were encouraged to practice coaching techniques on each other so she did just this with her seemingly intractable problem. “Jill”, the colleague she was doing the exercise with, asked Webb to visualise the ideal situation – which was clearly continuing to work at McKinsey, but as a coach. She realised she had shut this option off completely because she had already convinced herself it was a non-starter and the flight-or-fight reflex had kicked it.

So her solution these days is – visualise the optimum outcome before coming to any conclusions. This puts your brain in “discovery mode”. You can then use all of your conscious intelligence on ways to make that outcome a reality.

“I’d say doing these three things was a pretty good recipe for a good day,” she said.